Criticisms, and a defense, of the education system 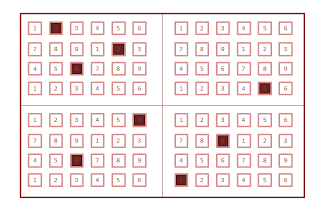 A review article by Steven Brint in the Los Angeles Review of Books, titled "The Educational Lottery" is worth a read. He discusses a number of different perspectives on higher education, based on his evaluation of four recent books on the topic.


The American education gospel is built around four core beliefs. First, it teaches that access to higher levels of education should be available to everyone, regardless of their background or previous academic performance. Every educational sinner should have a path to redemption. (Most of these paths now run through community colleges.) Second, the gospel teaches that opportunity for a better life is the goal of everyone and that education is the primary — and perhaps the only — road to opportunity. Third, it teaches that the country can solve its social problems — drugs, crime, poverty, and the rest — by providing more education to the poor. Education instills the knowledge, discipline, and the habits of life that lead to personal renewal and social mobility. And, finally, it teaches that higher levels of education for all will reduce social inequalities, as they will put everyone on a more equal footing.

He identifies various classes of critics that attack these pillars:
Brint writes about Jackson's work:


For Jackson, the good teacher strives for perfection, leavened by a loving outlook. Striving for perfection is important to Jackson. Like religion, education aims high. It wants to tell the truth. It is a moral enterprise, because it seeks to make everyone it touches better than they currently are. Because education is about truth, it is also about correction. The possibility of elevation, as Hegel knew, requires the negation of error. Yet because they must kindle an interest in the spirit of learning, teachers are inclined to downplay students’ weaknesses while applauding their efforts. Because she wishes students to remain on the path of improvement, the teacher makes more of their contribution to knowledge than perhaps is warranted.

To transform people, education requires a particular attitude of students too: the attitude of receptivity and affection. “We feel close to those objects toward which we profess love,” Jackson writes. “We identify with them … We possess them. They become ‘ours’ … These forms of attachment reduce the separation between subject and object. They bring the two closer together, which is the principal goal of education.” Because education is a relationship between teacher and student, students need to be known by their teachers. The possibility of identification with the subject matter flows as much through the teacher as through the course material. If students do not feel known by the teacher, it will be difficult for them to identify with the course materials, and even to feel the desire to know more about the topic. They must want, at some level, to be like the teacher. For the student, learning involves both grasping and shaping. Students grasp course materials and the spirit of the subject through appreciation, and they shape them for their own uses through assertion.

Ultimately, though, Brint, who I would term a pragmatic conservative, a defender of the status-quo, dismisses all these criticisms as being limited in their perspective, hopelessly idealistic, or worse, dangerous.


Heretics often offer penetrating insights about the flaws of dominant doctrines. They are usually less perceptive about the limitations (or dangers) of the alternatives they favor. The new restrictionists run the risk of forgetting about the problem of inequality and further privileging the privileged. Romantic dissenters do not often require the complement of deep knowledge and discipline on which adult creativity also rests. The “fool’s gold” school has no concrete plan for erecting a just social system in which workers are paid a living wage, non-corrupt labor unions are encouraged, and the wealthy are taxed enough to support decent public services. And “true educators” live in a rarefied world of one-on-one tutorials and private education, one that, however inspiring, is utterly divorced from the contexts in which most teachers actually work.

Brint argues that the system as we have it may be inefficient and under-performing, but may be the best possible compromise for our society. He advocates instead more incremental changes such as cutting down class sizes, stiffer entrance requirements, use of clickers to improve participation, performance-oriented evaluations, and somehow (magically?) ending the "attitude among under-motivated students that 'the only thing that matters is the credential'."


I'm left dissatisfied and underwhelmed by his conclusions.
Posted by Bhaskar at 4:47 PM

That's an amazingly written post, I think we all have to contribute in that important subject. Should improve our educational system. Check write my essay section which is managed and organized by me.

I can relate this site with successful writers. This educational system is working for the betterment of studies and the author's work is excellent. So her comment is here and see this.

I just love this post as i can many positive aspects in this education system. Criticism is also making this statements strong.

From this site https://www.capstonepaper.net/how-to-write-a-capstone-reflection-paper/ i can learn to manage my sapstone project which is necessary for many programs. I will also suggest to students a lot.

Yes, I agree with this article because if we love someone then we can get that thing easily because we know the value of that thing. That’s why we need to writing this site http://www.annotatedbibliographyhelper.com/about-us/ in well way and also learn about the study freely.

This is actually very good writing article about education system and those writers write excellent research on education system. This information should help us to make a good education system. Please read here about our application or admission essay writing services. Thanks for sharing.

Such a good article about education system and author write excellent information about the education system books. I also agree that education requires a particular attitude of students. Also should take social work personal statement writing help from http://www.socialworkpersonalstatement.net/social-work-personal-statement-help. Thanks for sharing wonderful information which should learnable for students.

We at Unique Submission. We have our ability in each type of Online Assignment Help which Includes Dissertation Writing, Essay Writing, Assignment composing, Research Proposal Writing, Admission essay composing, Coursework composing and many more.